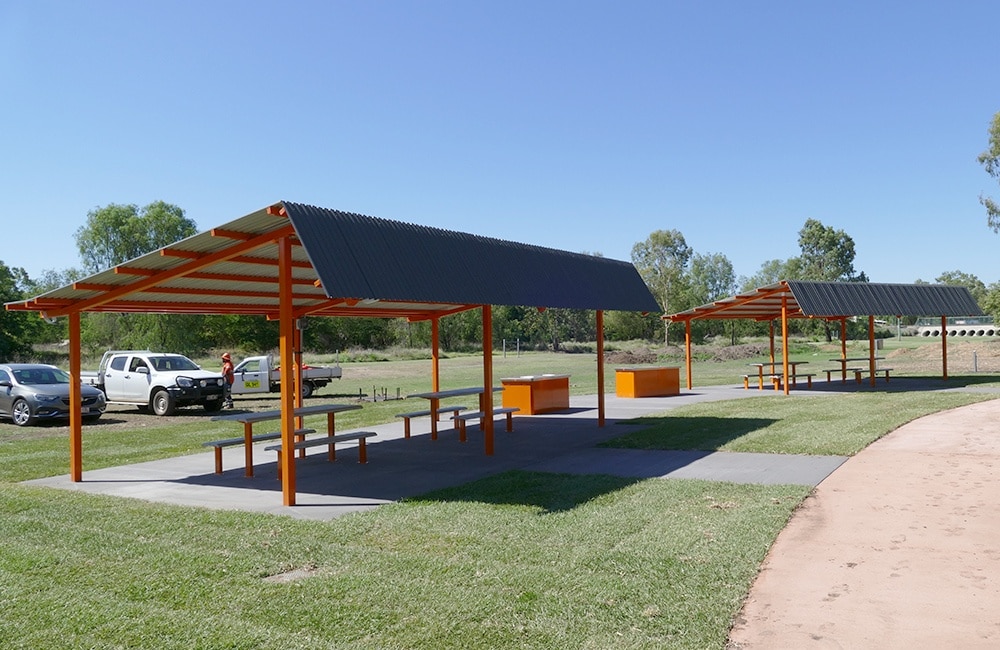 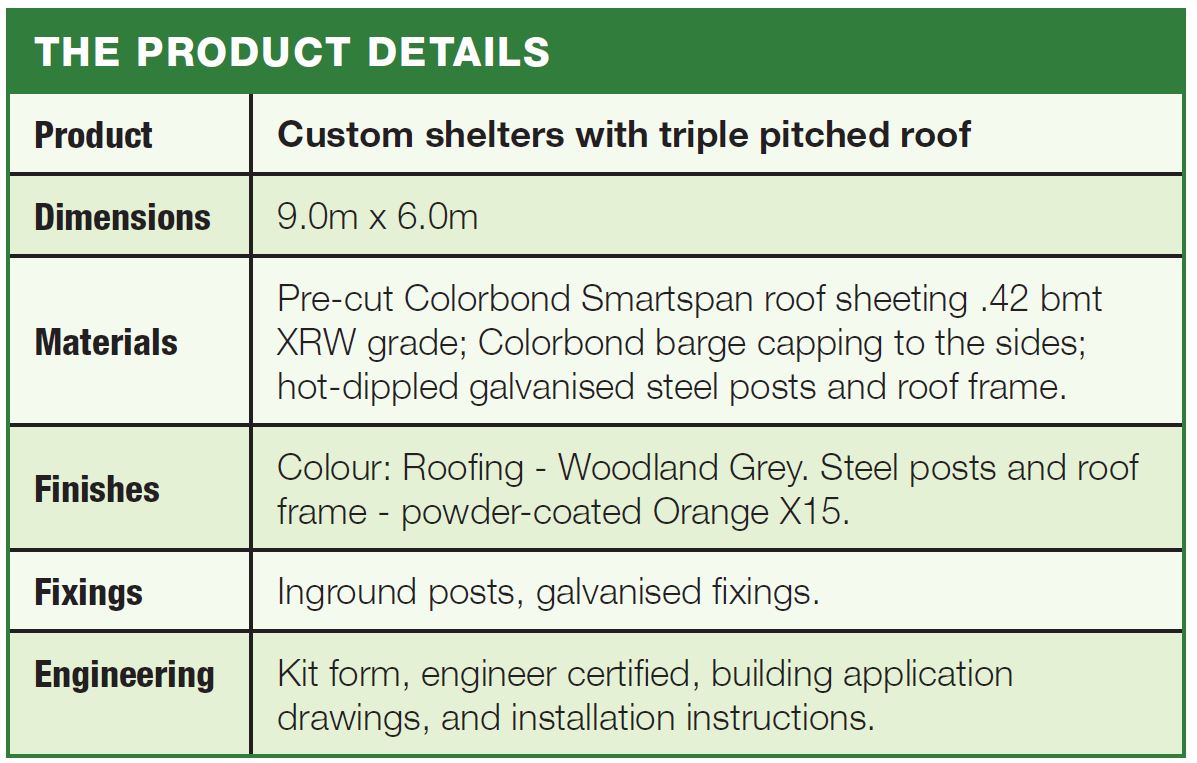 The theme of “orange” was chosen by the Central Highlands Regional Council for pathways through the upgraded Emerald Botanic Gardens.

After a few concepts changed hands between the Landmark Design team and the council, these striking shelters emerged as the preferred option. The custom design and the colours combine to create a lasting impression in a green space.

The custom shelters were installed as part of a $590,000 beautification project of the Emerald Botanic Gardens, funded by the Queensland Government’s Works for Queensland scheme. 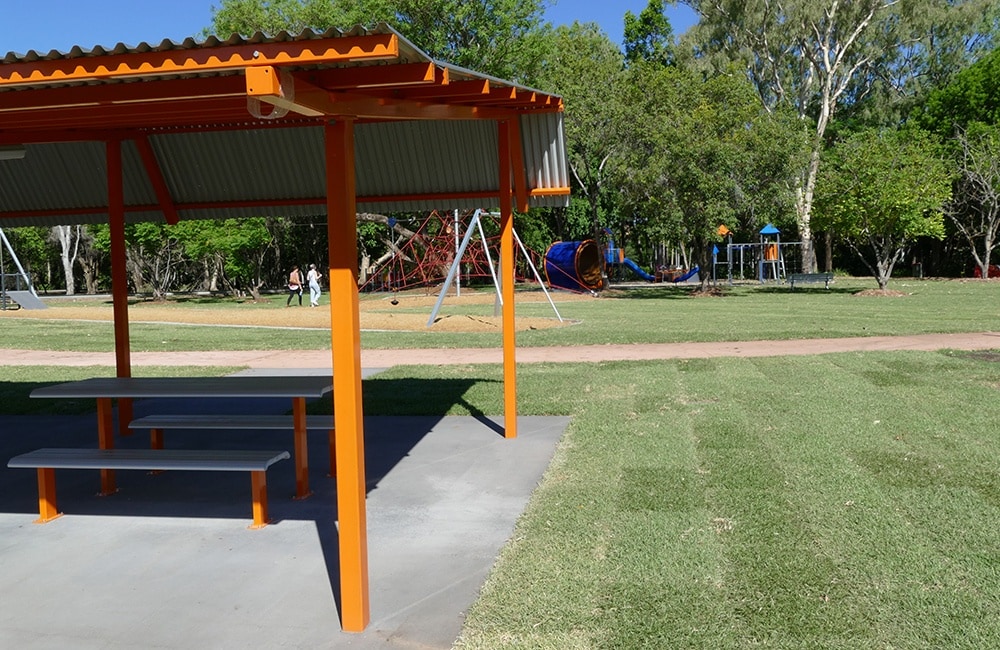 At the park’s relaunch, the Central Highland’s Mayor, Kerry Hayes, said the park “looked a picture”.

‘This is the regions only green space classified as a regional park and it’s such a special and significant place,’ he said.

The two shelters are positioned to ensure the triple pitched roofing provides maximum sun protection, an important aspect in this part of Queensland where day-time temperatures can become quite high.

The orange pathways, of which the shelters are a part, extend through the rainforest as well as 100 metres up the hill into the eastern side of the gardens.

The two shelters were delivered on-site in kit-form and installed by local contractors. 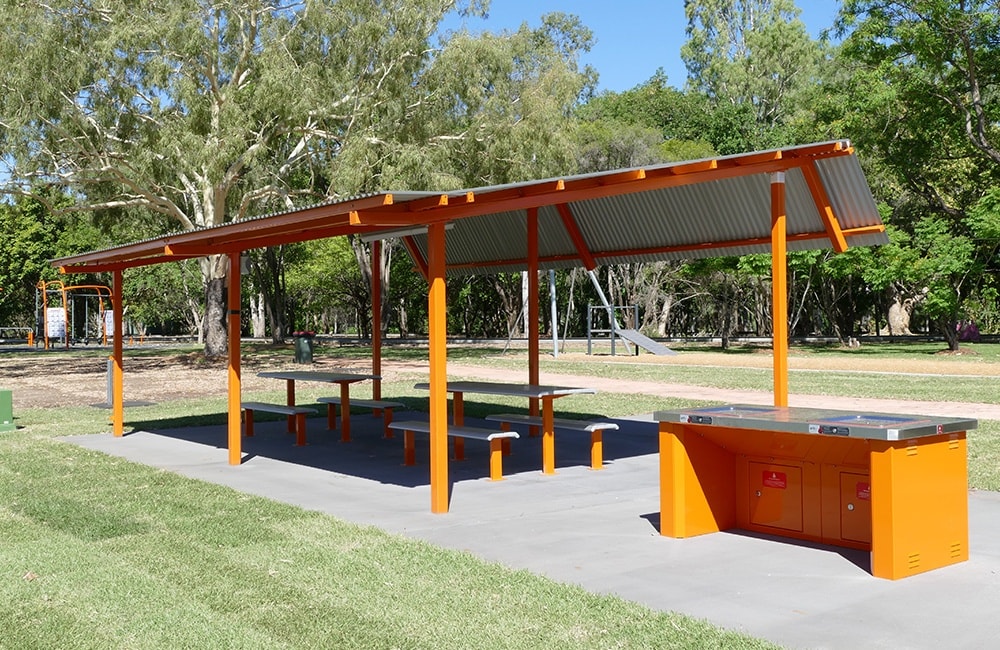