Sewage, decomposition, pump-out and other unmentionables 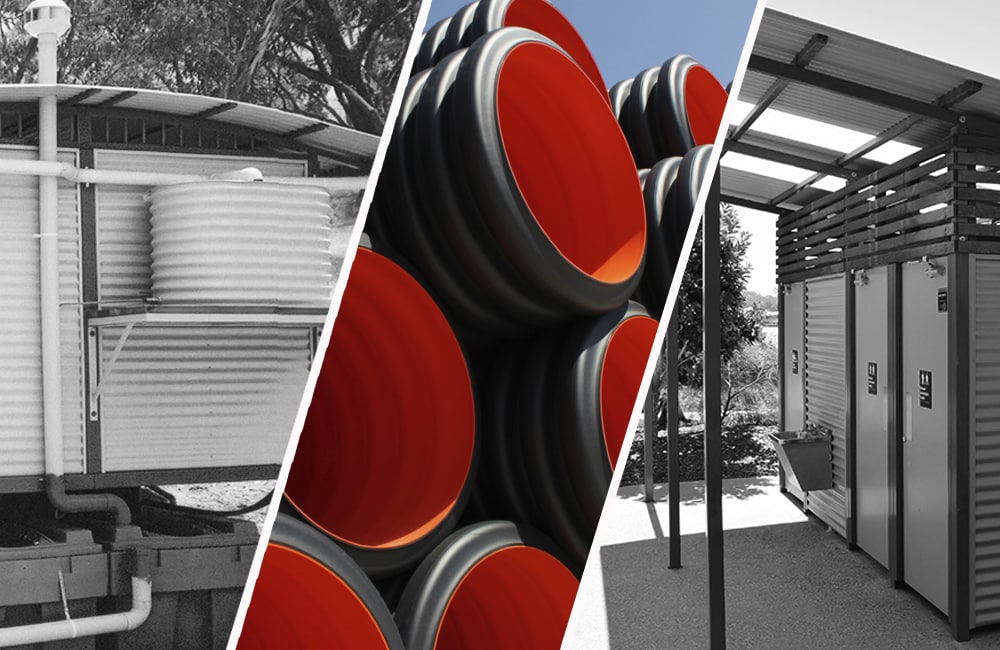 What’s under the hood Is a question asked about a car. The same question is rarely asked about a public toilet, but in the interest of public health, is important to consider.

When planning a public restroom, there are several options for what type of system is installed to “do the business”.

The first question is straightforward – is the site sewered?

If not, there are two basic options – installing an enclosed system which will require routine pumping out, or an alternate waste system, which treats the effluent on-site, before leaching the purified remains into the surrounding soil. 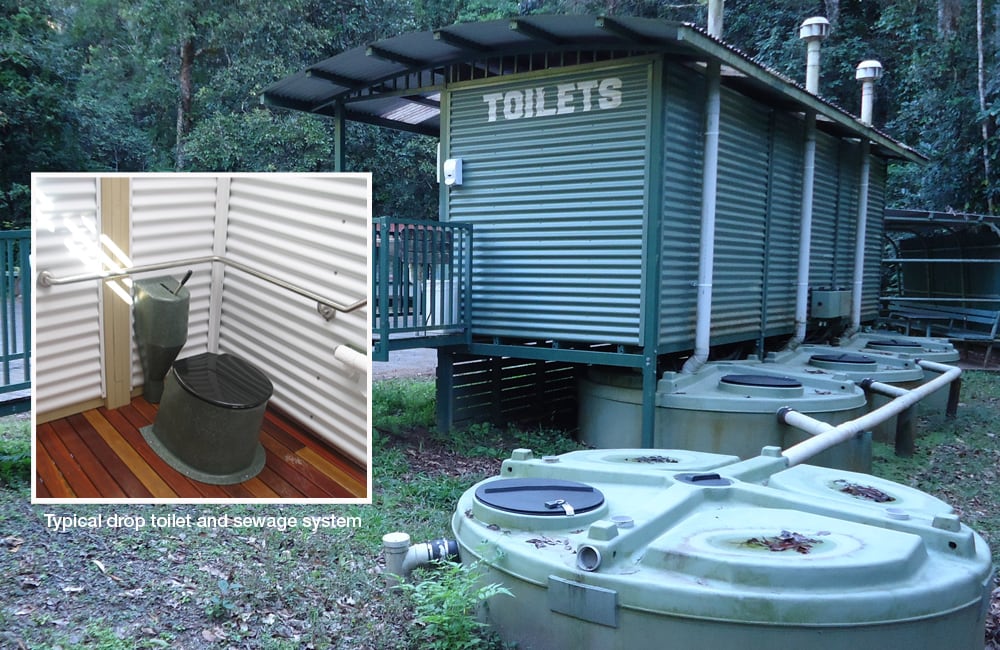 Most of the restrooms Landmark build in non-sewered sites are above-ground or “raised”, allowing the system to be installed below the floor. If there is no water, the toilets will be “drop” into the tank below.

On some occasions, a slabbed restroom will be installed in a non-sewered site, which necessitates the system being installed below ground first.

Landmark recommends Gough’s Hybrid System for non-sewered sites. This uses three separate tanks, which gradually break down the effluent until it is safe for environmental release, but this system still requires the occasional pump out.

The Hybrid system uses a combination of anaerobic (no air) and aerobic (aerated) tanks, and bacterial decomposition, passing the effluent through the tanks by displacement. This allows the system to adapt to sudden increases in usage, for example, if a busload of tourists arrive at a remote park.

Some national parks ban any discharge into the soil, and for these a fully enclosed system is required, which must be pumped out routinely.

When it comes to sewered sites, when Landmark are installing the facility, the services of an experienced hydraulic consultant are engaged to plan and facilitate the restroom’s connection to local sewerage and water mains.

If Landmark are not installing the restroom, a generic plan for the sewerage and water can be supplied on request. 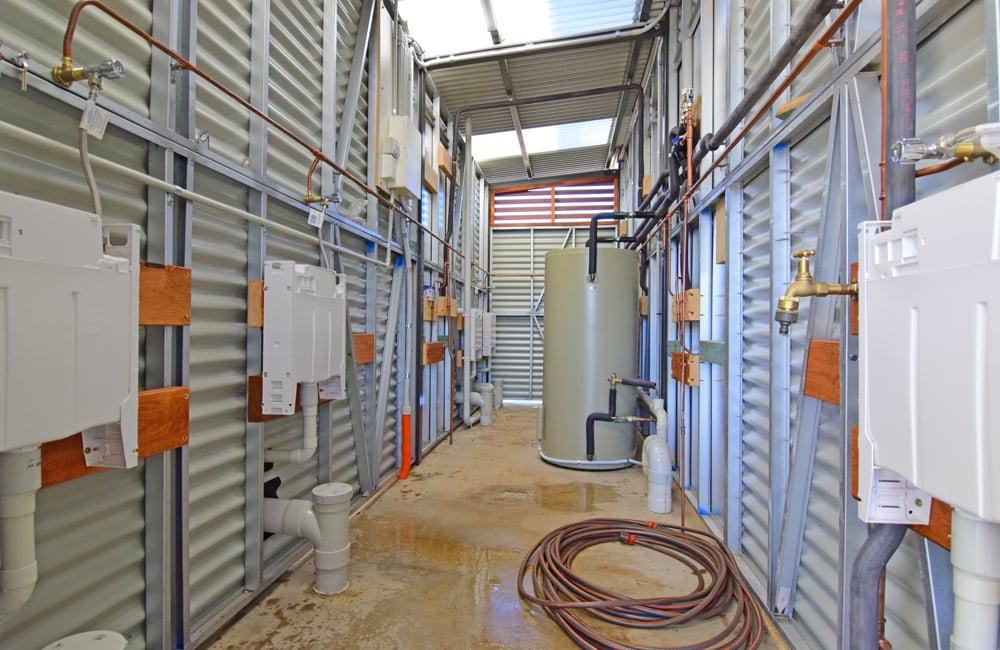 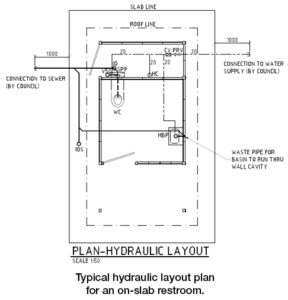 Most Landmark on-slab restroom floor plans have the advantage of a service duct (pictured above), using an in-wall system as opposed to a closed couple (typical household toilet). This ensured protection of the toilet system within the service duct, rather than being open to vandalism within the cubicle.

The world of sewage systems is a surprisingly complex one, but when considering public safety, extremely important to get right the first time. It’s best to talk with an expert, and a good place to start is a Landmark Project Consultant. 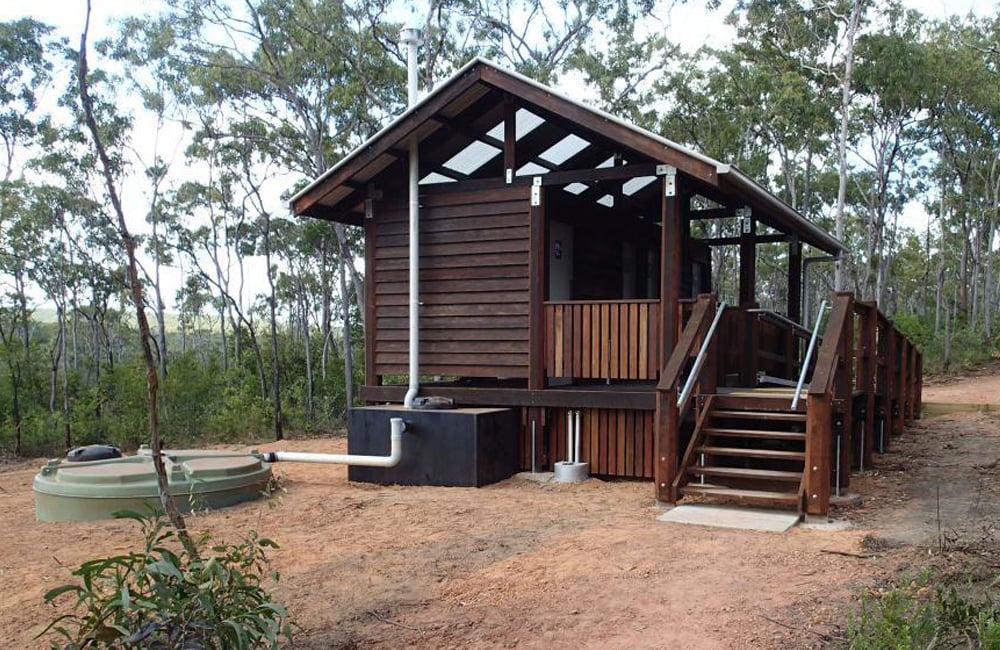